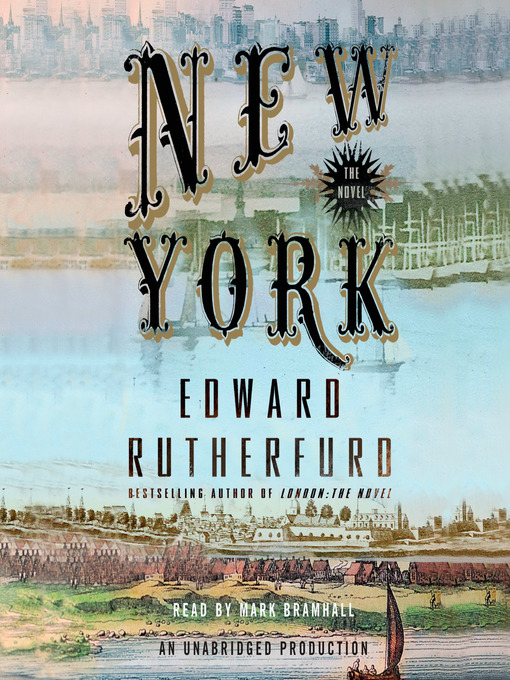 New York has such a spirit and effervescence for the beautiful city that we all know as the 'island at the center of the world' that I wanted to pack my bags and get on the first plane there. Edward Rutherfurd has an amazing talent for creating historical characters to make the truthful eras come to life in vivid color.
Historical fiction is a relatively new genre in popular fiction, but it's growing rapidly. There are a lot of new books in the ever-lengthening historical fiction aisle in my Barnes and Noble here in Prescott. Edward Rutherfurd is definitely among the governing circle of that genre, with his top sellers being such famed novels as London, The Princes of Ireland, and The Forest.
New York begins in the 17th century colony of New Amsterdam, but it really doesn't focus on the politicking of England and the Netherlands. Rather, it focuses on the people, which really gives the reader insight into what life was really like. While describing the landscape in rich words and phrases, New York still leaves something to the imagination, which gives it that extra dimension which so many books are lacking. Following the Van Dyck boat north, you can almost hear the rush of the river and the soughing of the wind through the trees of the largely still-wild Manhattan.
New York dances gracefully alongside American history without all of the heavy descriptions of the politics, and George Washington himself even makes an appearance during the Revolutionary War. I personally loved the way that Rutherfurd followed the Master family down through the ages, seeing how the years affected them and the city which changed so much beneath their feet.
Now, I've heard from many different readers that it's hard to like Rutherfurd's novels because they switch characters. I understand (I've had a hard time with some of the other ones), but New York is different. It keeps tracking all the way through, following one family throughout the ages, keeping just enough of their parents' story in it to keep you interested and reading, following each generation through their trials and hardships, either coming out triumphant or despondent in the end, searching for a happy ending the eastern land of opportunity.
I don't want to give too much of the story away, but what I must say is that the ending is both tear-jerking for those of us who witnessed it and heartwarming for those who don't remember it.
Oh, and Rutherfurd's technique of following a family heirloom is sparkling and flawless, as ever.

I borrowed it from my local library, but I wish I'd bought this book. It runs a little pricey still at a $29.00 hardback, but is totally and completely worth it. If you can get your hands on it in the next week, do so.
That's it for today. :)
Posted by Unknown at 2:56 PM